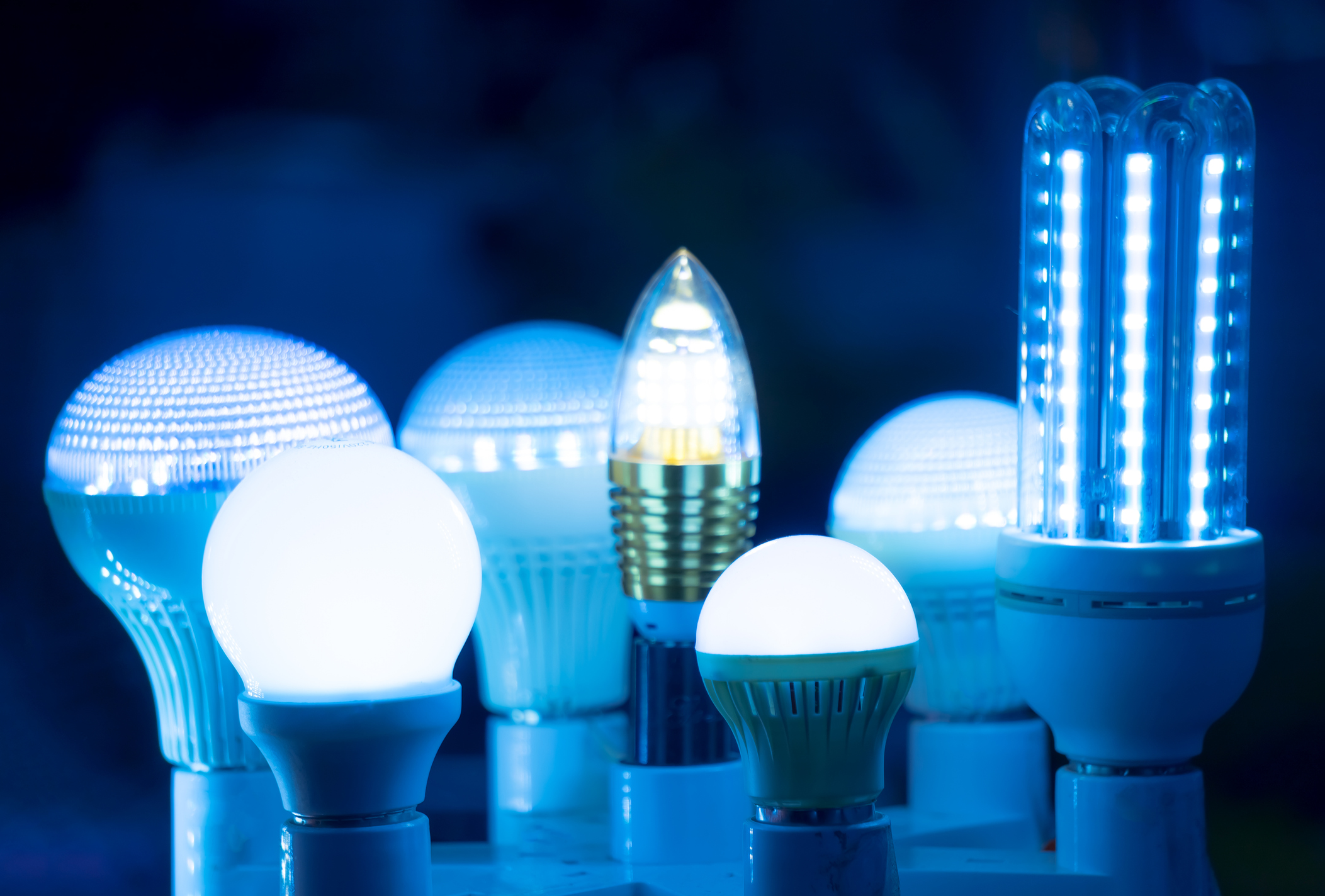 Electrical contractors, from company owners to workers, are affected by the development of advanced technology in the construction segment of the industry. Licensed and certified electrical professionals might fear the emergence of sophisticated methods, machines, and forms of artificial intelligence. Instead, experts taking the long view anticipate that using evolving technology can lead to increased productivity, lower costs of production and enhanced competitiveness of companies that embrace the innovations. 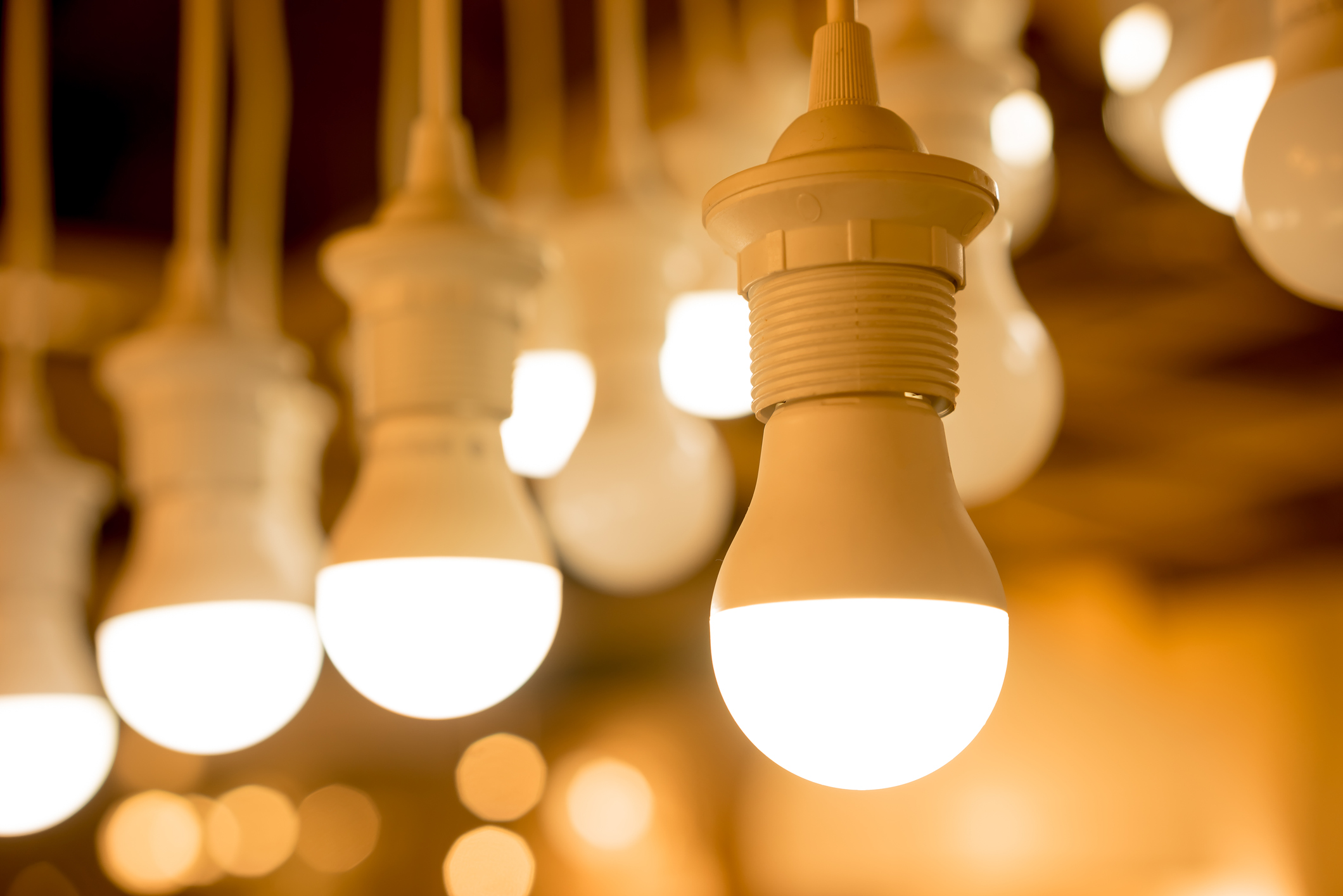 Light-emitting diodes (LEDs) utilize a semiconductor that emits light when a current flows through it. Lighting employing this technology features enhanced efficiency and longevity when compared with other types of lamps. Although research around the development of this lighting source has been pursued for over 100 years, the technology found its first widespread use in the 1960s as indicator lights. In more recent years, LEDs have moved into mainstream lighting, and their usage will expand, and their illumination delivery will improve.

Other technologies will improve efficiency, and the “smart” envelope will expand. Remote and wireless control of smart lamps will continue as an upward trend. Wireless lamps increase lighting placement flexibility and the speed of installation. Adaptation to and anticipating user habits is a developing ‘smart” option that can increase safety and control energy costs.

As the overall and partitioned electrical grids have developed, efficiencies and improvements have arisen. Some of the electrical construction concerns smart grid technology supports are:

●    Power flow monitoring from points of generation to points of consumption, down to individual applications or appliances

Electrical contractors enable the development of the smart grid as they incorporate sensors and other smart technology. Working with smart grid technology should become routine and opens opportunities to use electricity more efficiently and deliver power to consumers in safer and more environmentally conscious and cost-effective ways.

Relying on Robotics and Aligning with Automation

Many skilled professionals approach their first interaction with robotics in the electrical construction industry with skepticism. Then fear breaks through as they ponder the possibility that robots will replace humans and eliminate jobs. Robotics and its close relative automation need not worry electrical contractors. Although some tasks might be assigned as most efficiently done through automation or robotics, the trained and licensed contractors should see this as an enhancement and not a threat. Robotics and automation:

●    Can be programmed to perform straightforward repetitive tasks like

●    Can traverse most terrain, including stairs and hills, and scans with 3D technology to collect data such as

Discerning Drones: The “Eye in the Sky” of Hands-Off Technology

Drones, or unmanned aerial vehicles (UAVs), have come a long way from their origins as remote-controlled planes. As cutting-edge technologies are loaded onto drones, they are incredibly useful to the engine, ring, and construction industries. Cameras and sensors attached to UAVs collect a broad range of information, including:

●    Thermal and infrared readings with attachment of appropriate devices

Connections of a Slightly Different Kind: The Internet of Things (IoT)

When discussing the Internet of Things, or IoT, electrical contractors are referencing billions of physical devices around the world connected to and then through the internet. Electrical construction must account for the data sharing potential as wired and wireless communication continues its development. Building on our discussion of smart grids, robotics, automation, and drones, linking these devices with added sensors layers a type of digital intelligence to components, enabling communication of real-time data without human intervention. The IoT can increase and enrich the responsiveness and connections electrical contractors rely on to do their jobs.

Utilizing pre-wired modular structural components for new or remodeled construction increases safety and efficiency on the site. It also ensures consistent quality control, as the components are wired in a contained area without the variables of heat, cold, or bad weather interfering or distorting the materials. The amount of repetitive work needed per worker in the field is greatly reduced, significantly increasing the speed that construction projects come together on-site.

Software developers devise ways to improve the efficiency of electrical contractors, offering customers a better price point and outcome while also maximizing profits. Some are made specifically for the electrical construction industry and help with

●    Tracking of interactions between customer and company

●    Collecting feedback from the customer

●    Analyzing data from one project to improve efficiencies in future endeavors

Smartwatches, Fitbits, and other wearable devices are ubiquitous. The technology has moved beyond the gadget grabbing consumer stage to offer companies ways to monitor the health and productivity of millions of employees, working on-site or remotely.

Electrical construction personnel benefit from variants of wearable technology. Development is constant, and applications are changing and improving. The most significant application of the wearable devices for electrical contractors is protection, for example:

●    Sensors that vibrate in the presence of high-voltage electricity

●    Smart boots with integrated lighting, GPS, and temperature metering capability — help prevent and report falls, overheating, and warn if hazards are near

Don’t Let Your Home Fall Behind the Times. Upgrade your Electrical for a Tech-Savvy Home

Tips for Incorporating Lighting into Your Home Design

4,864 thoughts on “What Is the Impact of Advances in Technology on Electrical Construction?”